Senior football has been played in Tunbridge Wells since 1886 although the Club has had different names. Tunbridge Wells Wanderers might be the best, though un-used, name as eight different grounds have been used around the town. The post war years have, however, seen the town’s team almost entirely based either at the present Culverden Stadium or the Agricultural Show Grounds on what is now the Showfields Estate.

In its heyday Tunbridge Wells played regularly in front of four-figure crowds and was a significant force in non-league football. The 1920s and 30s in particular were heady days when long cup runs were almost an expectation of the supporters and Football League opposition was not unusual in the FA Cup. Tunbridge Wells’ first Kent League fixture took place in 1903 with Sittingbourne providing the opposition. Before World War II, the club also competed in the London and Southern Leagues.

After the war, The Wells briefly resumed playing as an amateur club, although success and a return to semi-professional status were not far around the corner. In 1954 during the reign of the former England International, Jim Taylor as manager, the club once more progressed to the First Round Proper of the FA Cup before being comprehensively beaten by Brighton. Honours in this era included a unique treble of Kent Senior Cup, Kent Senior Shield and Kent League Cup all in the same season. The last time that Tunbridge Wells reached the first round proper of the FA Cup was in 1961 when the team was narrowly edged out by Aldershot.

When England won the world cup in 1966 the football supporters of Tunbridge Wells must have thought everything was rosy with the town’s club also, by now back in the Southern League. However, the club collapsed and in 1967 it was left to the determination of supporters, who knew that they and their town deserved better, to see that the present day club came into being. They entered the Kent Premier League and by the next year the regeneration of the club was so complete that the team finished as Kent League runners-up.

Floodlights were installed at Culverden in 1992 and the Club gained a 30 years extension to the lease of the ground in 1995. An impressive new bank of terracing was subsequently added behind one of the goals in addition to a new clubhouse.

On Wednesday, 31st August 2005 Tunbridge Wells made European football history by winning the longest penalty shoot-out for a senior cup match. 40 spot kicks were taken with The Wells triumphant by 16-15 over Littlehampton Town in the FA Cup Preliminary Round. The story attracted the attention of the national press with several carrying interviews and details of the record within their sports pages over the following days. A mid-season appointment of Martin Farnie resulted in Tunbridge Wells reaching their first senior cup final for 14 years, when the Kent Senior Trophy Final was reached. Unfortunately, The Wells lost the final to VCD Athletic on yet another penalty shoot-out, following a 1-1 draw after extra time.

Although the Courier Cup was won during the ensuing pre-season with a 4-2 win over Tonbridge Angels, Season 2006/07 never delivered on the promise shown, and a poor start to Season 2007/08 brought about the appointment of a new manager, Mike Robbins and his assistant Martin Larkin who had both been successfully overseeing the reserves, and who immediately looked to build a side capable of competing going into Season 2008/09.

The Mike Robbins era brought about an exciting finish to 2007/08 and an impressive start to 2008/09 with The Wells in the mix for honours moving in to Christmas, before a run of bad form led to a mid-table finish. In pre-season 2009/10 Robbins stepped down as manager, joining League One outfit Exeter City in a scouting capacity, and Martin Larkin was presented with his first senior management role - with former Port Vale and current Tunbridge Wells player Brad Sandeman as his assistant.

With no playing budget, Larkin set about assembling a squad of local players and achieved a 7th place finish in his first year in charge. Top six was achieved in Season 2010/11 along with the best progress in the FA Cup since 1969/70 Season (Dulwich Hamlet being among the scalps claimed), a lengthy run in the FA Vase (five rounds), and another Kent Senior Trophy final (lost 1-3 to Erith Town). More than 100 goals were scored in all competitions over the course of the season.

On the eve of the club's 125th Anniversary Season (2011/12), the Courier Cup was secured with Crowborough beaten 4-0 in the Final, and expectations were raised with a minimum Top 5 finish in the League, and another lengthy run in the FA Vase outlined as targets. Both were achieved with The Wells matching their best previous FA Vase performances to reach the last 32 (Fourth Round Proper).

Larkin's time in charge of The Wells is becoming established as one of continual improvements (all the while without a playing budget), and off the pitch the average crowd is reflecting those on-pitch improvements. Nevertheless, when Season 2012/13 approached, nobody could have reasonably expected what unfolded. The club became only the second from Kent to reach the FA Vase Final (lost 1-2 to Spennymoor) and won the Kent Senior Trophy for the first time, courtesy of a 2-1 win over Lordswood in the Final.

New post-1967 record crowds of 1,180 and then 1,754 were also recorded at Culverden in the FA Vase Quarter Final against Hadleigh United and the Semi Final (first leg) against Shildon respectively, while 16,751 watched the FA Vase Final at Wembley. Ultimately, these achievements represent what can happen when a tallented core of local players - many of whom were unearthed as rough diamonds - can be brought together and kept together for a few seasons. Further cultivation would surely mean that the future again looks rosy at Culverden. 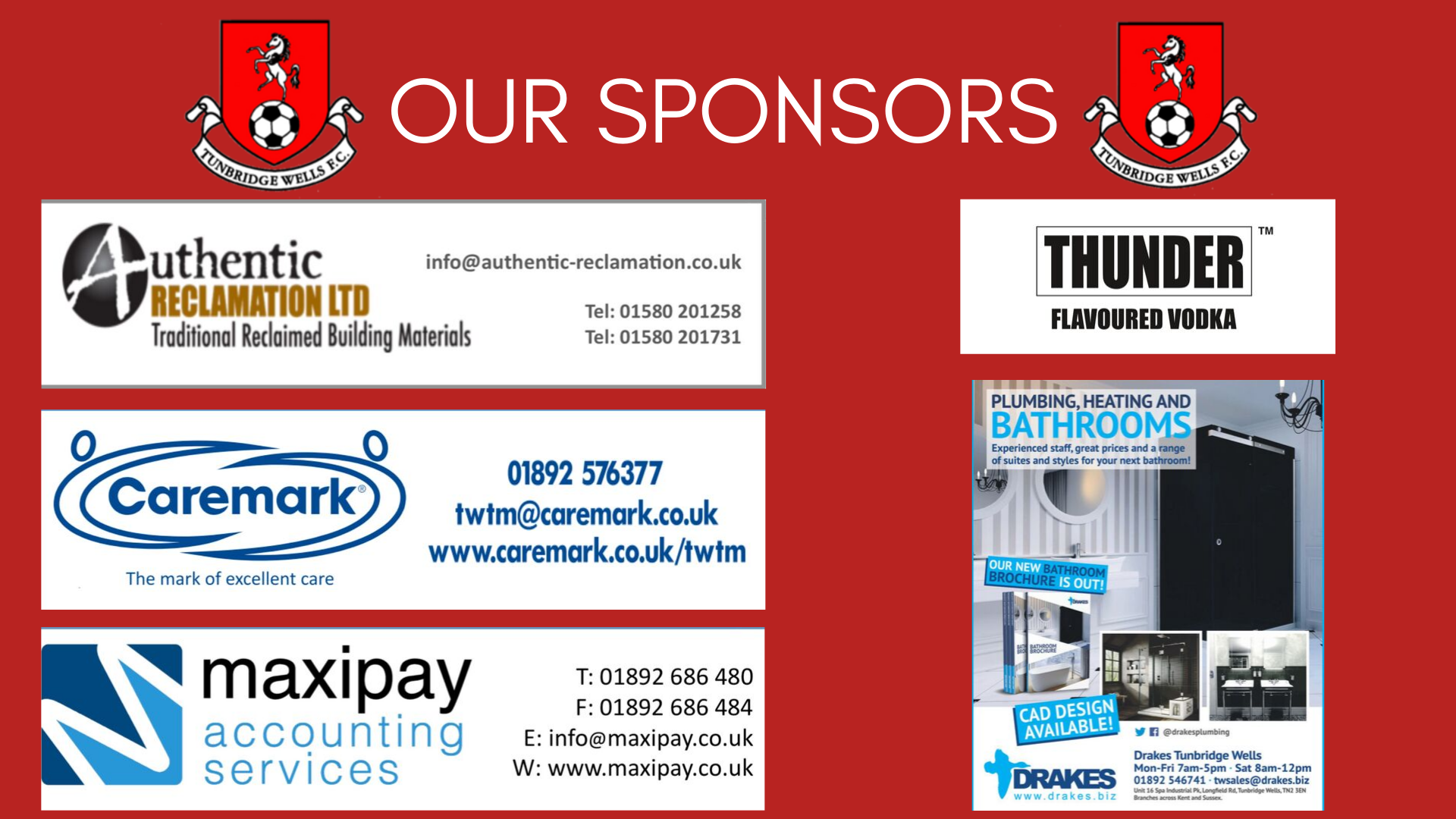